Each year in December, Long Island Jobs with Justice commemorates the anniversary of the Universal Declaration of Human Rights by honoring a champion of human rights right here on Long Island. This year, our event theme will focus on standing in solidarity with refugees.

In the Spring of 2016, Rural & Migrant Ministry requested the support of Long Island Jobs with Justice, along with many other Long Island organizations and individuals, in an effort to call for the release of Uriel Martinez, a 19-year-old brother of a Long Island farmworker leader, Boris Martinez, and a refugee from El Salvador, who was being held at the infamous Stewart Detention Center in Georgia for attempting to flee violence in El Salvador.

Uriel faced threats in El Salvador to join a gang. Other members of his family who refused to join gangs were murdered. The gangs were especially interested in Uriel because he is very good in karate. He has won various international competitions including, the Caribbean and Central American games.

While in detention, Uriel become ill and was not provided proper medical attention. Uriel’s brother, Boris, sought legal counsel and community support in his fight to get his brother released and gain custody him. Rural & Migrant Ministry was there with him every step of the way. Long Island Jobs with Justice supported by accompanying Boris to family court hearings and sat as Witnesses to his and Uriel’s case. After multiple court hearings justice was served and Uriel was released and reunited with Boris! 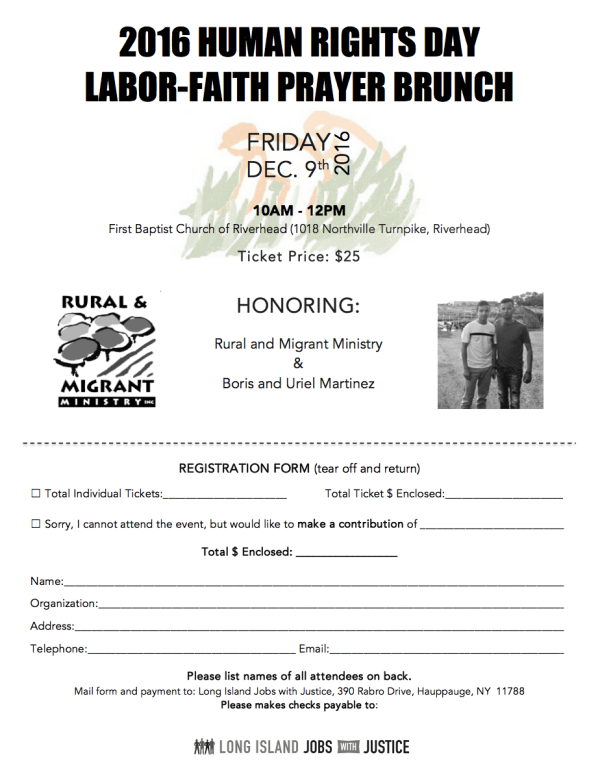