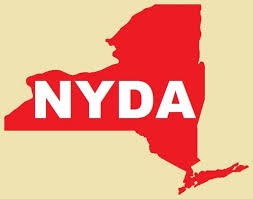 The Long Island DREAM Act Coalition would like to commend Governor Cuomo for adding the New York DREAM Act into the 2016 draft budget. The New York State DREAM Act provides tuition assistance to undocumented students, a benefit already available in Texas, California and New Mexico. As a coalition made up of DREAMers, educators, and union members, we are also pleased to see that this year’s inclusion of the New York DREAM Act is as a stand alone bill.

However, more needs to be done. Each year that the New York DREAM Act fails pass in the final budget, thousands of students will continue to watch their peers go to the college of their choice while they face overwhelming financial barriers to achieve the same goals.  As the leader of the state with 2nd highest immigrant population, we expect Governor Cuomo to show his commitment to passing the DREAM Act, and to show this is indeed genuine through his voice, and actions in the upcoming months.

According to the Office of the State Comptroller (OSC), the cost of extending eligibility for State financial aid to undocumented students is less than two percent of the total TAP budget – a small price to pay for giving more than 8,000 undocumented students a chance to go to college, graduate and continue contributing to the betterment of our state.

We remind Governor Cuomo that the NY DREAM Act is not only a smart investment, but that education is a human right and no student should be marginalized because he or she is unable to obtain economic opportunity for higher education.

Governor Cuomo, we urge you follow through on your commitment and include the NY DREAM Act in the final 2016 budget come April.